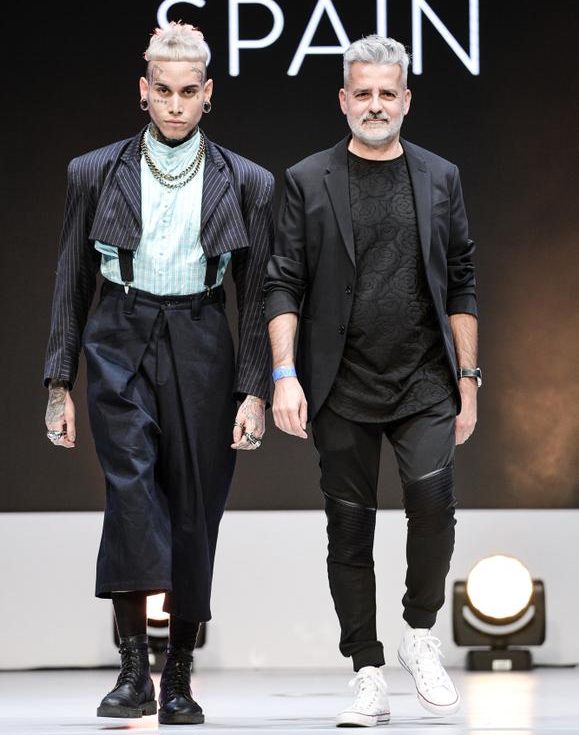 La Barberia de Gràcia walked the catwalk on Sunday, October 6th, as a finalist at the prestigious International Visionary Award, one of the most important international hairdressing events. Jordi Pérez, creative director of La Barberia, traveled to London as a finalist in the male category after being selected among the numerous candidates that had been presented this year. It is the second time that La Barberia de Gracia has managed to be a finalist in these awards, after doing so for the first time in 2017.

The spectacular ICC Auditorium at the Convention Center Excel London dressed in gala to receive the more than 3000 attendees who arrived from corners around the planet and were eagerly awaiting to enjoy one of the world’s most important hairdressing shows: the Alternative Hair Show. This event is organized annually to raise funds for the fight against leukemia. One of the most awaited moments of this show was the final of the International Visionary Awards, in which the 40 finalists paraded on the stage with their proposals. Jordi Pérez surprised the audience with one of the proposals of his latest collection: SQUAD.

Although finally the prize was not for La Barberia de Gràcia, the fact that we have been able to march past for a second time in such an important event, which has a massive impact on the professional sector around the world, is already a success and an indisputable recognition of which all the La Barberia de Gràcia team are very proud of us.