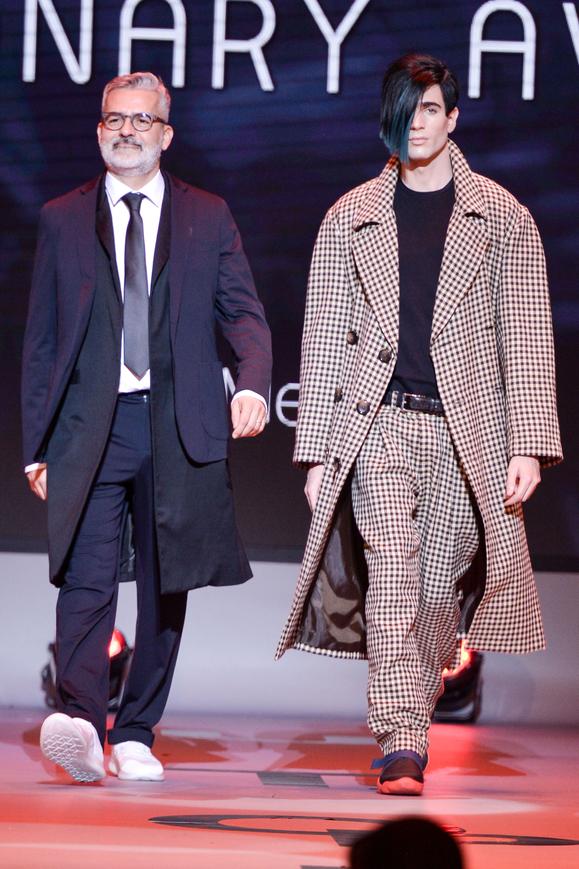 Jordi Pérez, from La Barbería de Gràcia, finalist in one of the most prestigious competitions worldwide in the hairdressing sector, the Visionary Awards, held in London.

Jordi Pérez, creative director of the emblematic La Barberia de Gràcia, paraded a few days ago, October 15th, on the stage of the Royal Albert Hall of London participating in the final of the International Visionary Awards 2017 in the category Mens.

The final stage of the Visionary Awards takes place in the Alternative Hair Show, one of the most prestigious hairdressing events in the world and which brings together hundreds of professionals from all around the world in one of the most emblematic buildings in the british capital, the Royal Albert Hall. The Visionary Awards have the mission to discover future stars of the international hairdressing.

Although Jordi Pérez did not win the award, it was a dream for him reaching the final at the Royal Albert Hall: “I couldn’t believe it, I’ll be with the best of the profession worldwide! When I used to open a magazine not so long ago, I was amazed to see what the great professionals did, now I will share the stage with them. “The merit of having reached the final on the first attempt is even greater if you take into account that in this edition of the Visionary Awards have been registered more inscriptions than ever, coming from a total of 50 countries.