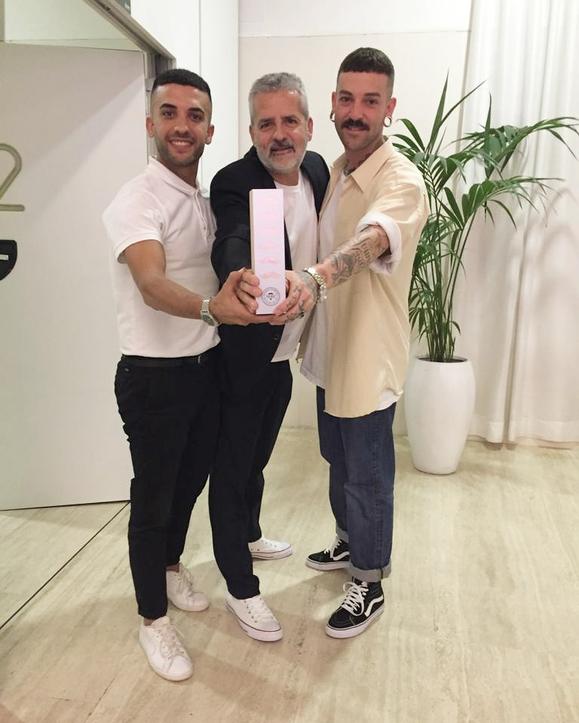 Jordi Pérez, creative director of La Barberia de Gràcia, collected last Sunday September the 30th the prize for the best men’s collection for Grey Fringes at Barberías Con Encanto Awards. These awards, the most outstanding in the barbering sector, gather every year the best barbers of Spain in a gala that has already become one of the references among the professionals of the national barbering. Pérez has been a finalist in all editions of these awards, although it is the first time he wins the award for Best Collection. He was also nominated for Best Barber Shop and Best Barber.

Grey Fringes is the winning collection, a proposal that took Jordi Pérez to Chicago last April, where he also won the same category of the ABS Global Image Awards. This collection, which has been published in multiple media both nationally and internationally, reflects the change that is taking place in the hairdressing sector, in which the male public wants to innovate without renouncing their masculinity, looking for a very powerful image and very manly, and who dares to take the step to perform fantasy colors, such as the gray and silver colors that are presented in this collection.

Barberías con Encanto awards are presented by the homonymous association that was born with the aim of providing visibility, dissemination and prestige to the sector of the Barbershop of this country, which is currently experiencing one of its golden moments. The awards ceremony was held on Sunday September the 30th at the emblematic Puerta de América hotel in Madrid, at a ceremony presented by Vicenç Moretó and José Navarro.