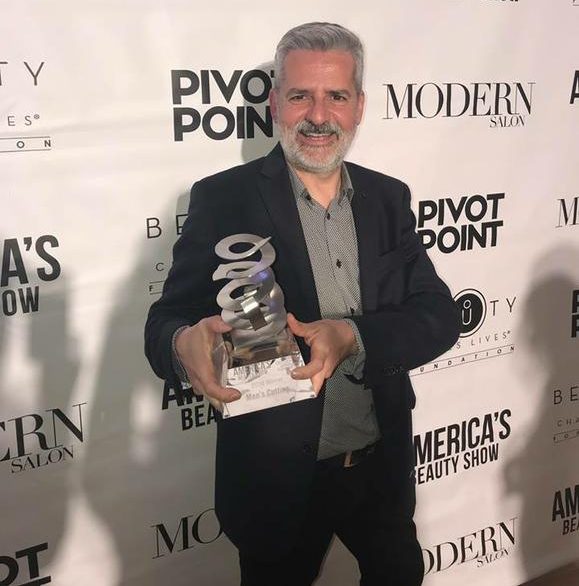 Considered one of the best barbers in Spain, Jordi Pérez adds one more success to his list after getting last April 29th the award for the best men’s collection in the ABS Global Image Awards, as part of the America’s Beauty Show, one of the most important events in the worldwide hairdressing sector.

Jordi travelled to Chicago full of enthusiasm to enjoy the grand finale where he presented his collection Grey Fringes, a collection that reflects the innovative man who does not want to give up his masculine personality but who dares to give fantasy to his image through colour. La Barberia de Gràcia conquered the American continent, where it competed with some of the best stylists on the international scene

Jordi Pérez, currently pre-nominated “Spanish Hairdresser of the Year” at the Fígaro Awards 2018, declares moments after to win “I feel in a cloud”, and adds that “reaching the finalist was a gift, but winning is a wonderful dream come true”. For Jordi this has been an incredible opportunity for expansion and assures that it is an experience that “you have to live”.

With this new award he promotes his meteoric career feeling more motivated to continue facing new challenges and objectives.